Phil hears from an assistant coach of the Sidewinders that there may be a backup shortstop position opening up! So Renee and he may drive back to Phoenix!!!!!!!!

Also, the tireless and cunning James the Tracker is making plans to watch his collection of VHS tapes in a room with a gold chair rail once he lands his Piper Cub at Chandler Municipal Airport.

Thanks to EVERYONE who supports the podcast on Patreon! If you want first access to our upcoming coverage of READY PLAYER TWO, just $5 a month gets you every episode early, plus access to our entire archive of weird bonus stuff! patreon.com/372pages

So a lot going on, people. In addition to all of that Conor rediscovers the James Earl Jones speech from Field of Dreams and makes his own audiobook really drilling down on Edward’s awareness of his own black soul.

Plus mail and dumb sentences. For next time, finish the damn book!

How em dash HOW em dash is this book not about Charlie hauling in a world record white perch, or at the very least the story of him getting a treble hook buried into his thigh? Why not page after page of Carlisle being tutored in Courtly Italian by some foppish vampire with a high starched collar?!

Nope. What we get is page after impossibly long page of Bella slurping down Toastee-Os while Edward tortures himself wondering whether her using the big spoon means that she hates him.

Join us on Patreon, where there are currently 275 exclusives posts you can get access to with a monthly contribution to support the podcast! Thanks to everyone who already chips in! patreon.com/372pages

But it does lead to a fairly strong showing by Conor in Real or Fanfic, the Dumb Sentences flow and we share some harrowing tales by listeners.

For next time read thru Chapter 24!

Twilight but as told from the vampire’s point of view, continues to be a collection of words strung together in mostly coherent fashion, with occasional digressions to count thousands of insects. There you go, Little Brown, you can use that as a quote on the cover of the paperback.

We hit the halfway mark during this episode and Mike and Conor found much to discuss. The role of Gordon Bombay in the Twilight-verse, the logic of taking the world’s biggest klutz hiking, and Mike Newton’s quest for the good leads are all addressed. Plus a visit to the dark web and Mike (Nelson, not Newton)’s attempt to convince Conor that Real or Fanfic is actually much harder than it looks.

Thanks to everyone who supports the podcast on Patreon! We would not do it without them! Get every episode before anybody else, and more fun stuff at patreon.com/372pages

For next time read thru Chapter 20! We’ll post the Midnight Sun meme contest soon, so get ready!

UPDATE: As requested in this ep, cartoonist Bob Fingerman drew his rendition of the “aggressively, forcefully female” vampire Siobahn 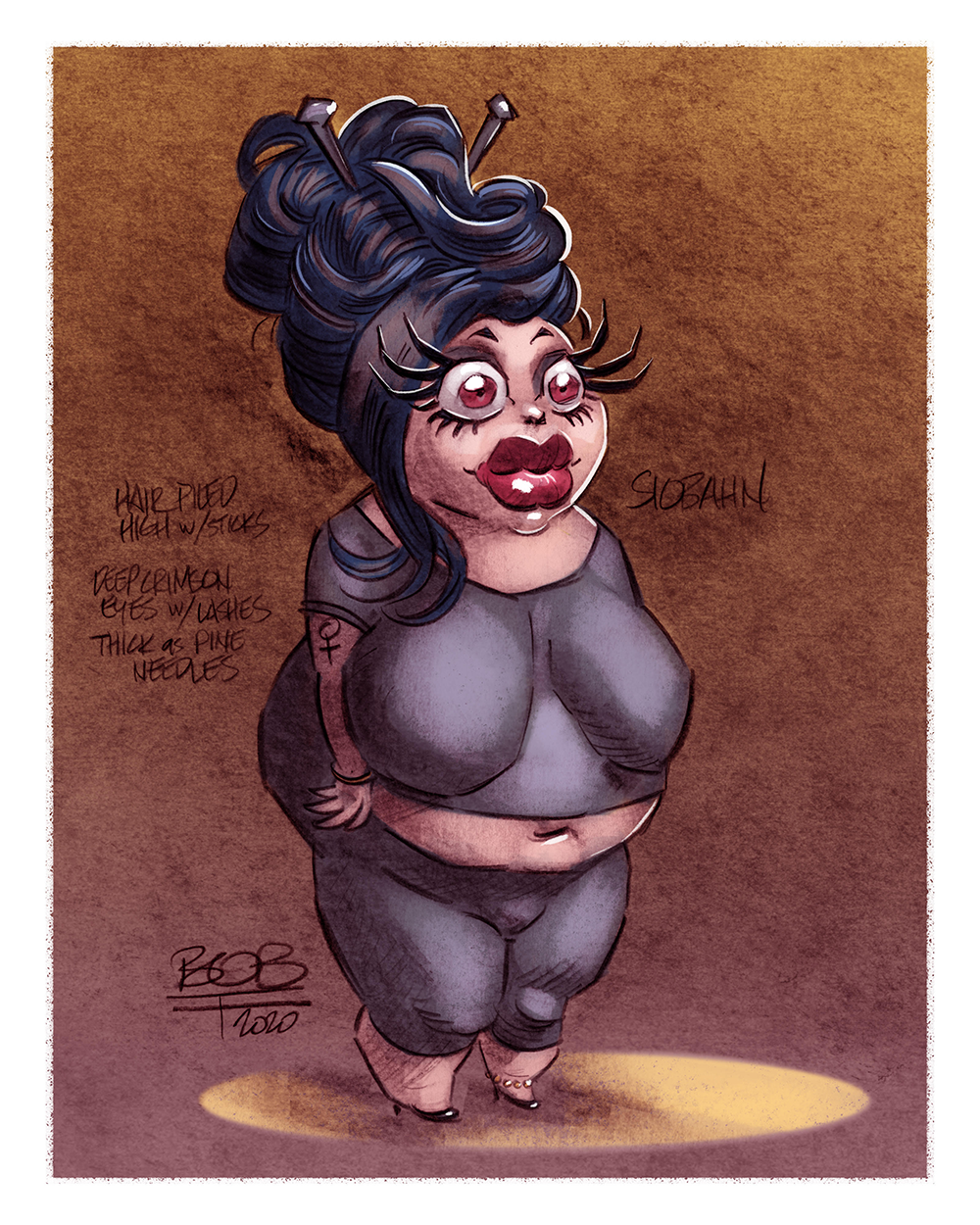 If you like Cline-ian pop culture lists you are in for a treat! In this episode Mike and Conor break down Bella’s likes / dislikes, turn-ons / turn-offs, preferences for types of flowers / er, preferring not to encounter other types of flowers, etc.

Conor again dives to the dark web to widen our understanding of Edward’s movie tastes, while Mike takes out a very dangerous short term loan from Russian mobsters to hire the 372 Players.

This free feed is one way to get the podcast, but the Patreon feed is the cool way. Get every episode early, plus bonus eps and other nonsense! Support us for less than a third of the cost of a Ready Player Two preorder! patreon.com/372pages

Also, many MANY Sonic Challenges. So many you’ll blush like you were Bella, your jaw will lock like Edward and you’ll have pretty dumb thoughts like Charlie.

READING ASSIGNMENT for next time: Through Chapter 17

Yes, we talk about things other than Lanny. But we don’t want to!

You’ll all be thrilled to learn that Mike drained the budget to reunite the 372 Players, that Mike scores, um, pretty, pretty well on the Real or Fanfic challenge. There’s tons of Dumb Sentences and Conor dives to the dark web.

But let’s not bury the lead here (no, not lede, let’s not go there) there’s a mid-episode mishap that is nothing short of spectacular [we included it at the end of an exhaustive ep. Hint, Mike is still cleaning it up and it will be many more weeks].

Join us on Patreon, where our supporters have been basking in Lanny’s glow all week long sing they get early access to every episode! patreon.com/372pages

For next time read thru Chapter 13!

So many words, so many of them “monster”!

Special thanks to our patreon supporters! Get every episode early and other great bonus stuff not available anywhere else! patreon.com/372pages For next time read through Chapter 9: Hey, we gotta get through this people.

Let’s read another terrible book! But first, a story (By listener request!) about the time Mike inherited a house. It does not go well.

This should be a fun one, let’s start by reading through Chapter 4!

Mike and Conor try to make sense of this madness. They come up empty.

Still, there are highlights: Conor does a sonic challenge sexily. Mike manages not to follow a single plot point. The Dumb Sentences of the Week burst forth like milk and honey from the promised land. (Dumb despite the great work from Raven and Medusa!)

PLUS This ep compares our author’s work to:

Join us on Patreon for bonus eps, contests, and to find out the next book before everyone else! patreon.com/372pages

CONTENT WARNING: This fanfic contains descriptions of self-harm as well as very salty language and adult situations. We pass over them lightly as always but forewarned is forearmed.

Conor is able to somehow follow the plot of My Immortal! A power that comes in handy when having to explain it to Mike who views it as somewhat more abstruse than the Voynich manuscript.

A packed if mercifully briefer episode than last time we steal mail (including some amazing mash-ups by our listeners), Mike fails spectacularly at Real Fanfic or Fake Fanfic, Conor dives to the dark web once again.

Oh, and the Sonic Challenges are among the best.

Join us on Patreon to get every episode in early, get tons of additional audio, enter contests, and more! patreon.com/372pages

READING ASSIGNMENT FOR NEXT TIME: Finish this collection of typed symbols.

The artists/works to which we compare this 2006 fanfic include:

Conor unveils his Cockney <?> accent, and it is QUITE something.

Also, we open with an audio recording of one of the first meetings between Mike and Conor and it turns out to be shockingly prescient!

Reading Assignment for next time: Read through chapter 35.

Join us on Patreon where you get every episode early and other fun bonus stuff! patreon.com/372pages

NOTE:  General  content warning for this book as it contains everything you’d expect from internet fanfic circa 2006 as well as some scenes of self harm.

Support the podcast on Patreon!

The Pole Vault Championship of the Entire Universe

This is a podcast book club. It’s mostly about bad books. We like some more than others.